This Summer, I’m staying at a cozy cabin in the beautiful Northwestern Mountains of Maine at a ski resort. There may be no snow on the ground, but there is definitely no shortage of things to do…

However, some of the activities (like fishing) are much harder to commit to than others. Why? Because you have to wake up before sunrise to do them!

Ain’t No Rest For the Wicked

Anyone who knows me can tell you that waking up early is not my forte. 😉 I usually don’t leave the house before noon… Having Lupus makes it tricky to get my body moving before late morning usually.

For that reason, there are very few things I’ll wake up early to do.

Catch a flight… sure, it’s necessary.. Spot a Moose… who wouldn’t want to do that?? … Sneak off at 4 AM for a late night bite at the diner with my mom… sweet childhood memories.. 😊

Wanting to get a head start on my Maine Bucket list, I decided to start with fishing. Easy enough right? How hard is it to catch a fish?

After some research, I found, Westwind Charters . A review online said “You catch a lot of fish” Yayyy  “but the guy leaves hella early.” Ewww…

I set my hopes very high. Would be getting to bed at 9 PM, waking at 3 AM. At least over 5 hours of shuteye.

Now, did this actually happen? No.. of course not. What kind of story would that be? 😉

Instead, I went to bed at midnight as usual, with my alarm set for 3 AM. If you guessed that I was cranky that morning…. You’d have guessed wrong.

I know! I surprised myself too. Didn’t think I’d be energetic so that early. Was excited to catch me some dinner!

How I Prepared Night Before

The trick to getting up early was packing everything we needed the night before so we wouldn’t forget in our state of semi consciousness.

I packed my picnic backpack with Bagels & Lox (how appropriate for salmon fishing) and my Stanley Thermos of hot cocoa.

I also went online to get my fishing license.

DO NOT FORGET TO DO THAT, INCREDIBLY IMPORTANT STEP.

What I’ve learned from Northwoods Law TV show, lol.. is that in the state of Maine, licensing fees go toward things like restocking lakes with the fish that we’re ultimately catching. Absolutely essential for sustainability.

My sister, the brave soul that she is, agreed to get up at 3 AM to come with me on the fishing trip at Rangeley Lake.

On our way up, I was staring intently out the window through the fog and darkness, looking for a moose. I believe I spotted 2.. Then again, it was early and I was tired, so it could have just been a tree. I’m just gonna keep telling myself it was a moose. 😊

Arriving at the dock, we were so spooked! It was quite ominous. The thick fog made it near impossible to see anything but the faint silhouette of a boat…

Larry, a self described “curmudgeon” and a certified Maine Wilderness Guide, was at the dock waiting for us to climb aboard. We weren’t scared at all. 😉

He was a rather quiet man at first.. which added to the overall mysterious vibes the lake was giving off already. Very Stephen King book worthy.

If you look closely, you can see the boat pulling up to the dock. Almost like a scene from a scary movie…

In all seriousness, we left a note in our car with his information, the date, and time before we left. Good safety measure, regardless of your gender. Even more so for females, especially at such an early hour with no one around. We ended up being safe, but you never know.

And Then We Fished…

Using fly rods to fish for Landlocked Salmon & Brook Trout was a unique experience. The goal here (like in most fishing), is to wear the fish out before it wears you out, lol.

If the fish is tugging on the line, you release it, rather than reeling fast and steady like you would with other types of fishing. This is a new concept for most people as they’re used to working with stronger lines and doing the opposite action. I enjoyed learning a new type of fishing.

I’ve Fished in Quite a Few Places

Fishing for me, is about more than catching a fish, it’s an experience.

As the captain pointed out after listening to all of my fishing stories (there were quite a few, lol), I’ve fished in a lot of different places.

Fishermen Are Full of Stories

So often, you do an excursion and feel the need to fill the silence with polite conversation instead of relaxing. Our guide was not a curmudgeon, he was actually incredibly knowledgeable, friendly, and allowed you to be in your own thoughts without disruption which was perfect.

He told the occasional story about the history of the lake which I really enjoyed. I wanted to hear more. Fishermen have the best stories.

According to Larry, back in the day, wealthy vacationers would come to Rangeley to get away from the city and fish in the Lake. The town banned ice fishing for the locals to keep all the fish for the vacationers bringing in money. There were also 3 mega resorts that were built around the lake to house the out of towners.

Unfortunately, despite the ban on ice fishing, (due mostly to the fact that there were no fishing limits in place), the economy shriveled up, tourists stopped coming, and the hotels were abandoned and later demolished. The ban for ice fishing is still on the books and has never been repealed.

This was the answer to our question, “So is there ice fishing here?” Lol

We Caught Enough For Dinner

We didn’t catch any Brook Trout. Instead, Landlocked Salmon. Hey, I’ll take it! We caught our limit (1 each). We did a cheer!

My sister ended up catching the biggest (19”).

The Salmon that I caught was a good size too. I remember when I first reeled it in, I was scared to lose all 16 delicious inches of it. But I kept reeling, slowly and gently until we could use the net to bring it in the boat.

What to Do with Salmon After You Catch Them

Don’t freeze them or they’ll take on a different taste. Refrigerating is fine for up to a few days after you catch them.

It was so nice to make a meal of the fish we caught ourselves! It felt awesome.

And now, for my favorite part…

The boat is a 20’ Lund Alaskan. For non fishers, this means no head & no cabin space. Standard fishing boat, no frills. If you like to sit back, relax & enjoy, this is the fishing trip for you!

I love this backpack! It goes w/ me on outdoor excursions. Great for nature picnics.

I couldn't find my exact backpack online, but found a similar, reasonably priced one from Target. It even comes with a blanket (mine doesn't).

I hope you’ve enjoyed reading about my adventures fishing at Rangeley Lake and get inspiration for your own trip to Maine!

Where was the last place you went fishing? Comment below! 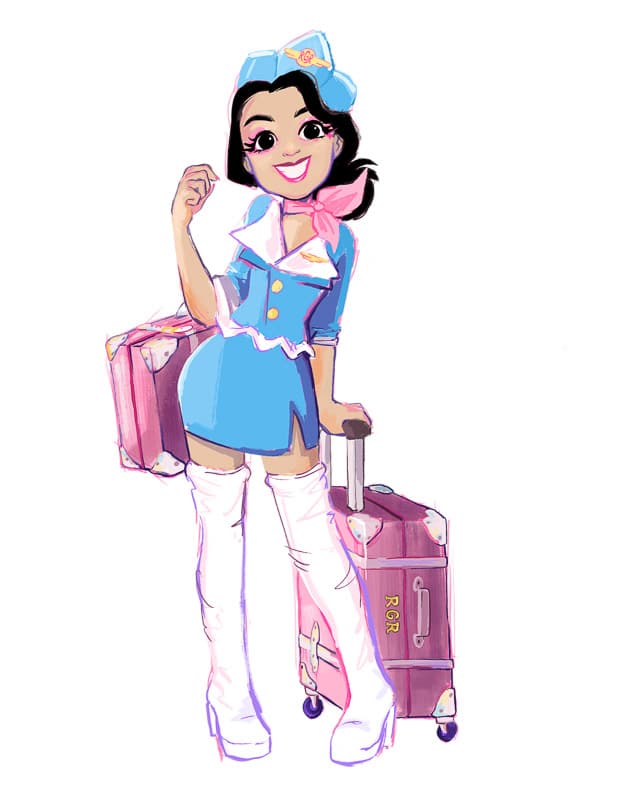 Real Girl Review strongly values truth and strives for accuracy. If you read something that doesn’t sound right, feel free to contact me and I will investigate the facts and make changes as I deem necessary. Posts are updated regularly.

Get to Know the Girl Behind “Real Girl Review” 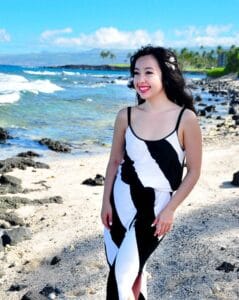 Hey ya'll! I'm Geeves, a Life Enthusiast, Huge Foodie, Lupus Warrior, & Travel Junkie (170 days+/yr & counting). The truth is, I’m no influencer. Just a real girl, sharing my real life and this is Real Girl Review. I may have a big heart and a sweet smile, but I'm not afraid to say what's on my mind. My reviews & stories are 100% real! And I review it all- the good, the bad, & the ugly. When I'm not writing about my adventures, I'm planning for the next one! Can't wait to share my stories with you. I hope they inspire you to live a life that you love too. Always keep it real! 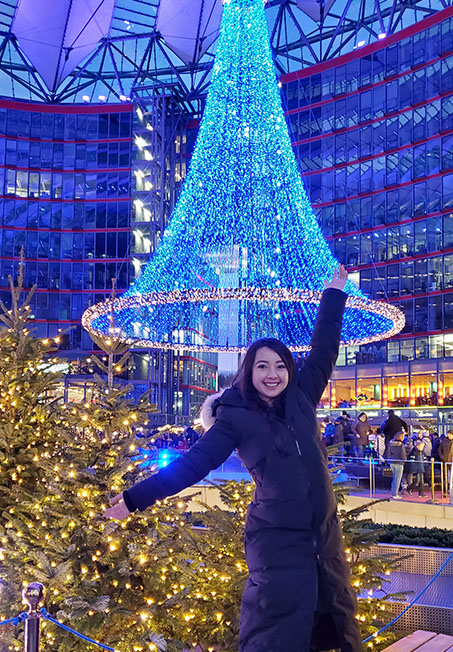 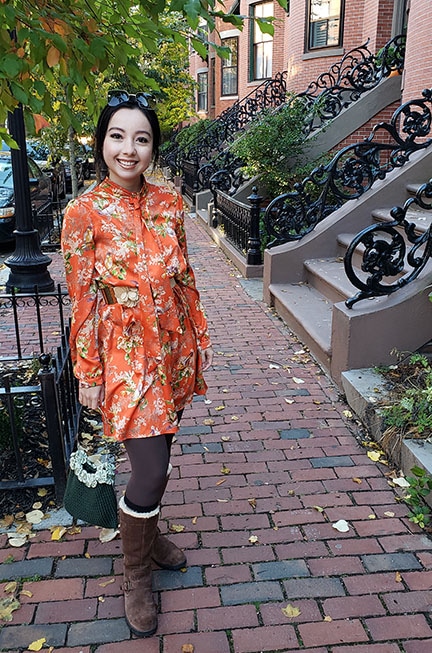